Rewards that you notice

A comprehensive campaign for various Visa Rewards credit card products. The goal was to create something visually appealing that would get attention from a younger audience, specifically Millenials. When doing research, I found that there was a high propensity for members of this cohort to play video games on their mobile devices. At the time of research, many top featured games on the iOS and Android app stores featured isometric perspective artwork. (Remember, Crossy Road?)

I proceeded to illustrate several concepts featuring the various types of points you could earn through different Visa Rewards cards. This included a plan traveling through the clouds, a set of wireless headphones surrounded by blocky music notes, and chunky dollar bills. This was a really fun project to work on because it felt like I was designing for a video game. It created a striking visual when the elements viewers would normally associate with seeing on a screen showed up on printed materials like the posters, envelopes, and retail signage we produced. The campaign cost totaled less than $45,000 but brought in more than 4.2M in total balance, exceeding the promotion goals.

It was important to get the colors for this campaign right. The traditional palette associated with Visa’s national campaigns exudes prestigiousness and luxury, which didn’t feel right for this concept. Instead, I pulled together a playful set of swatches that mimicked what many mobile-based games were trying to emulate. The art direction for many of these games was clearly paying homage to games like Frogger, Pitfall, and Dig Dug. 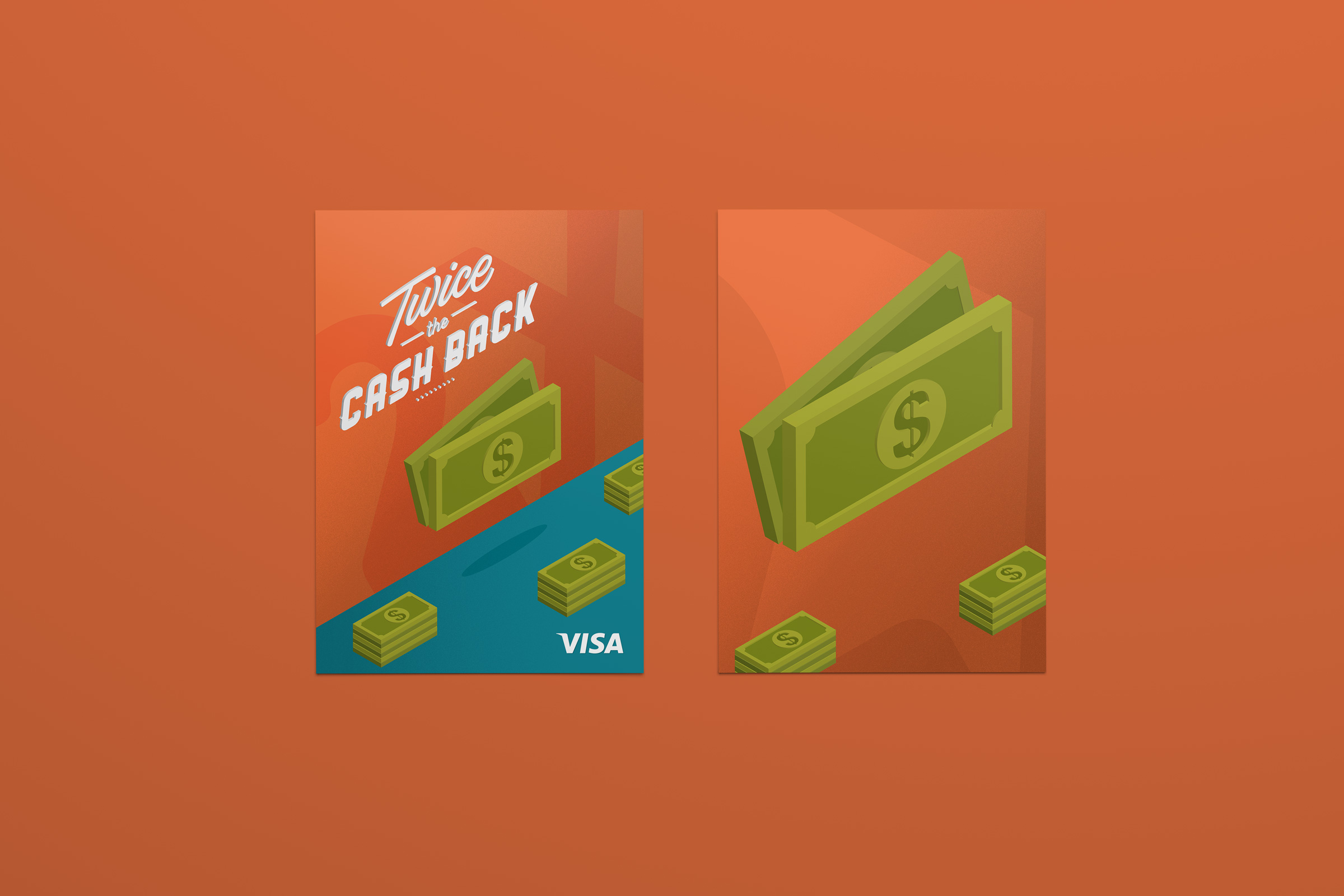 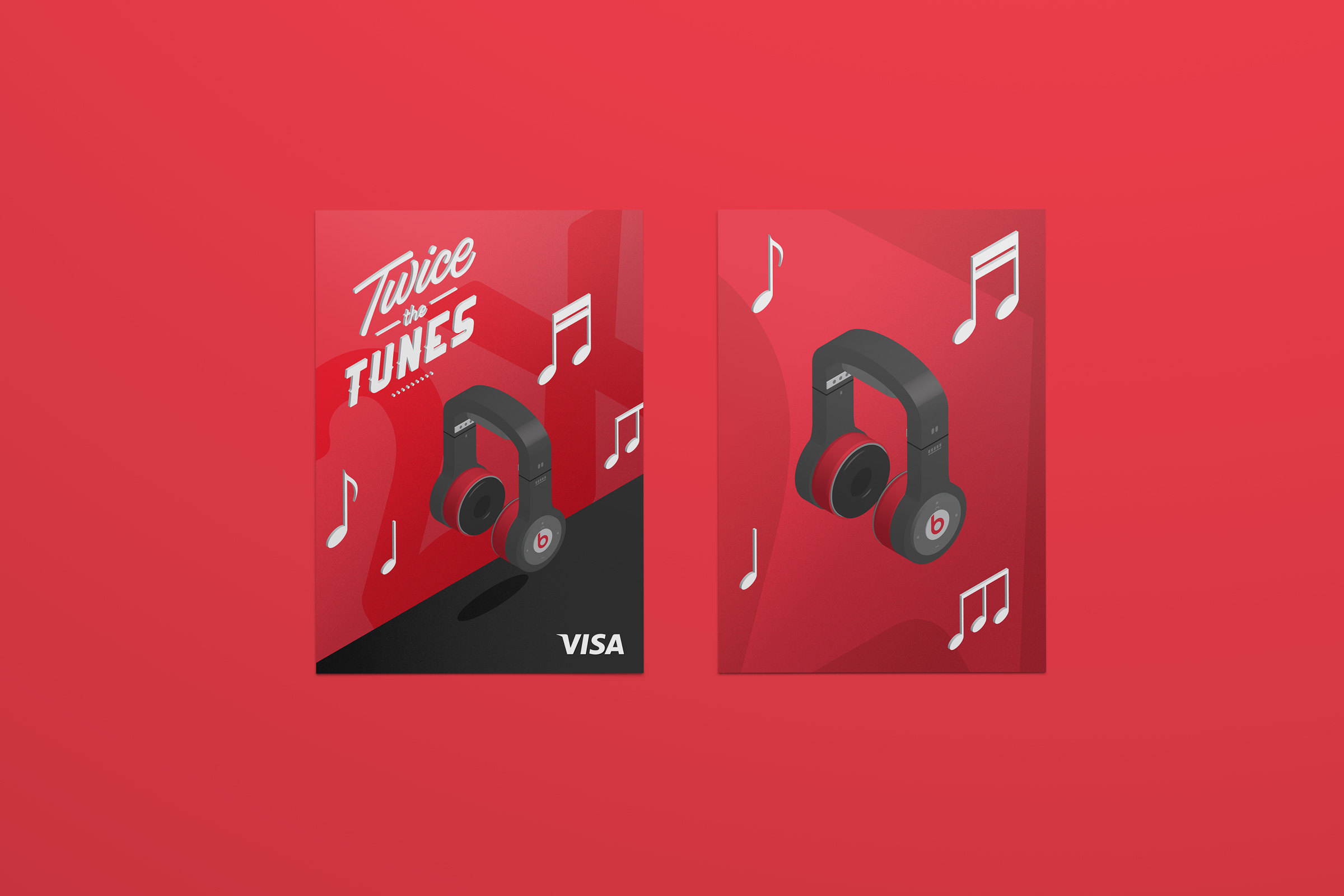 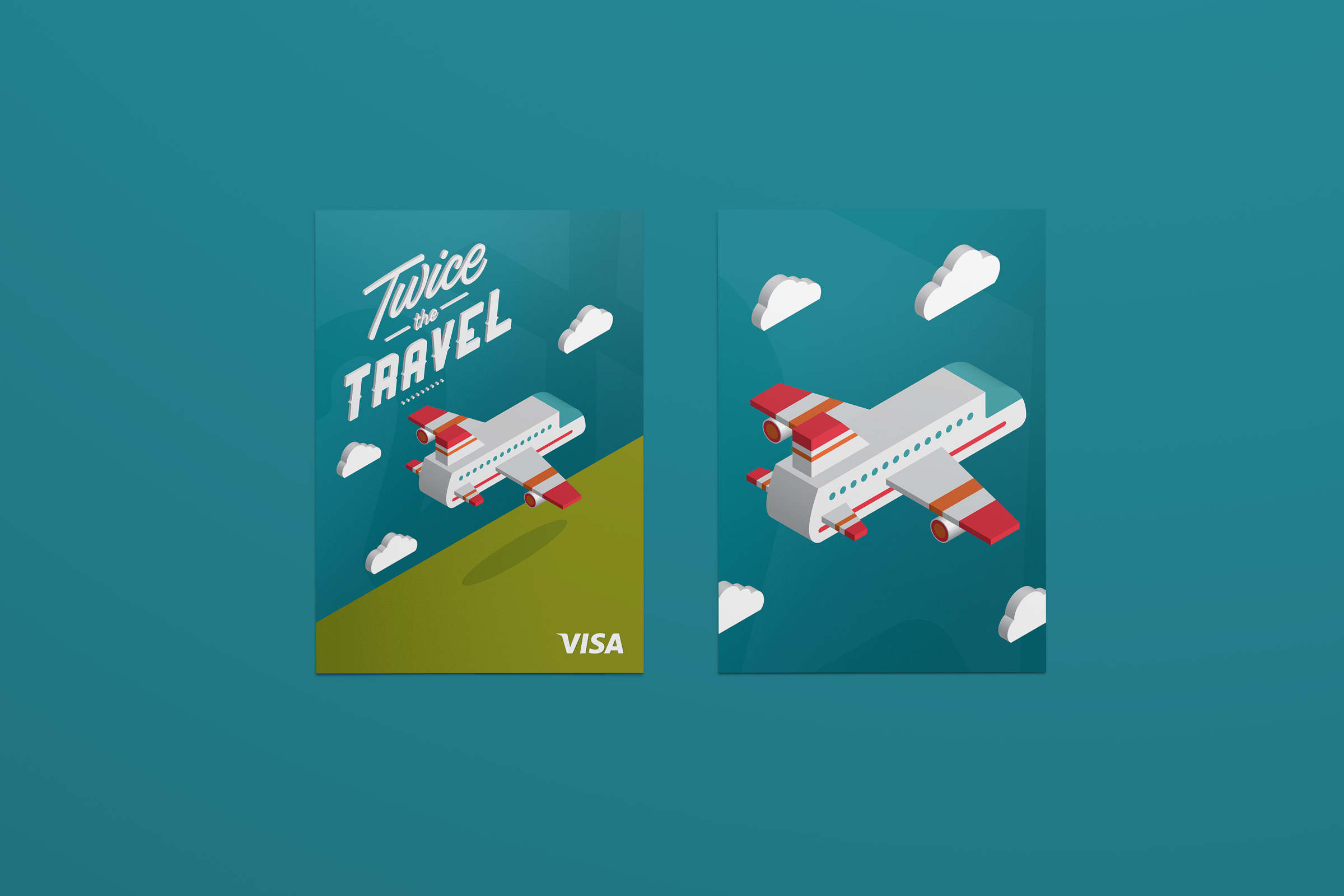 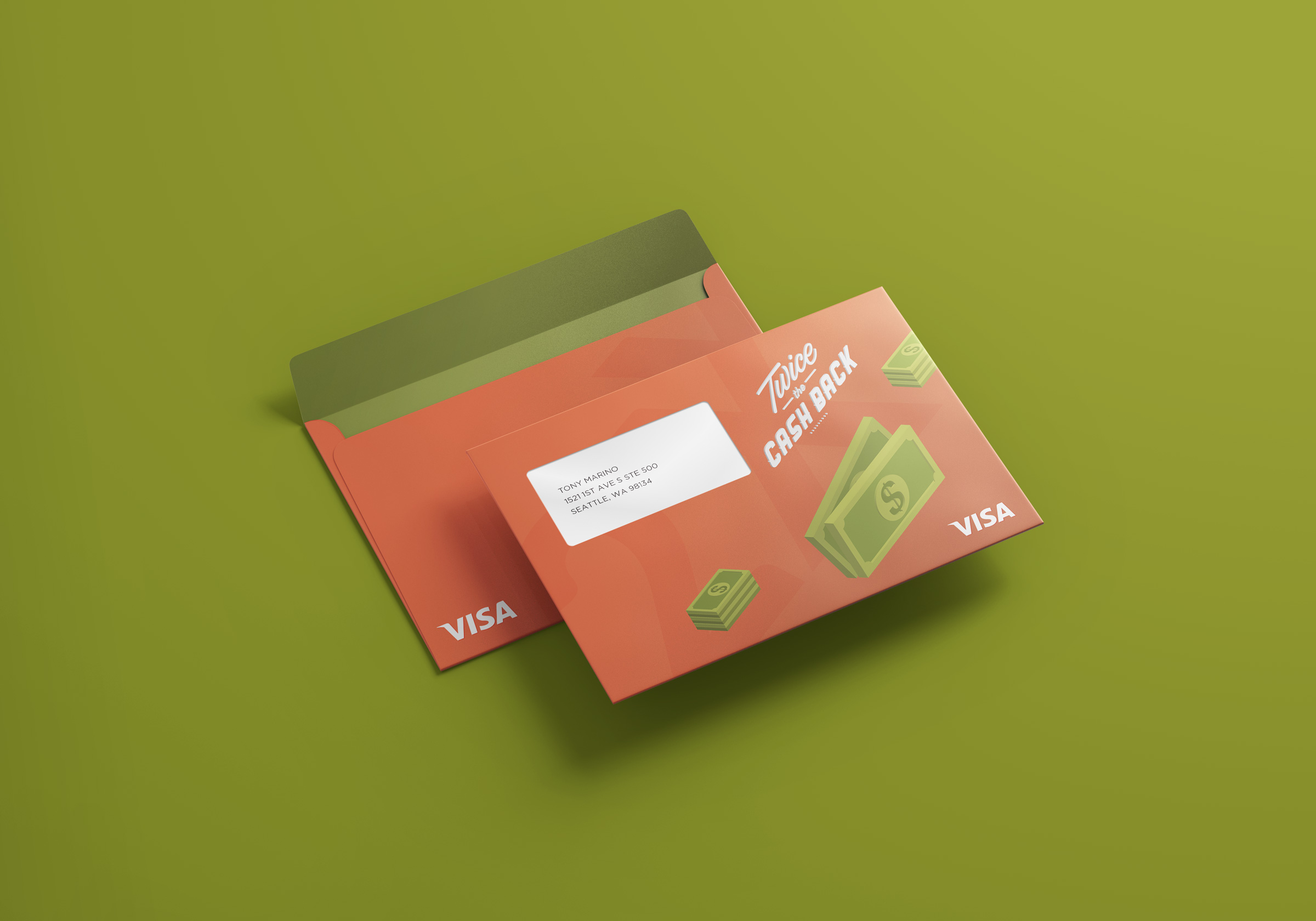 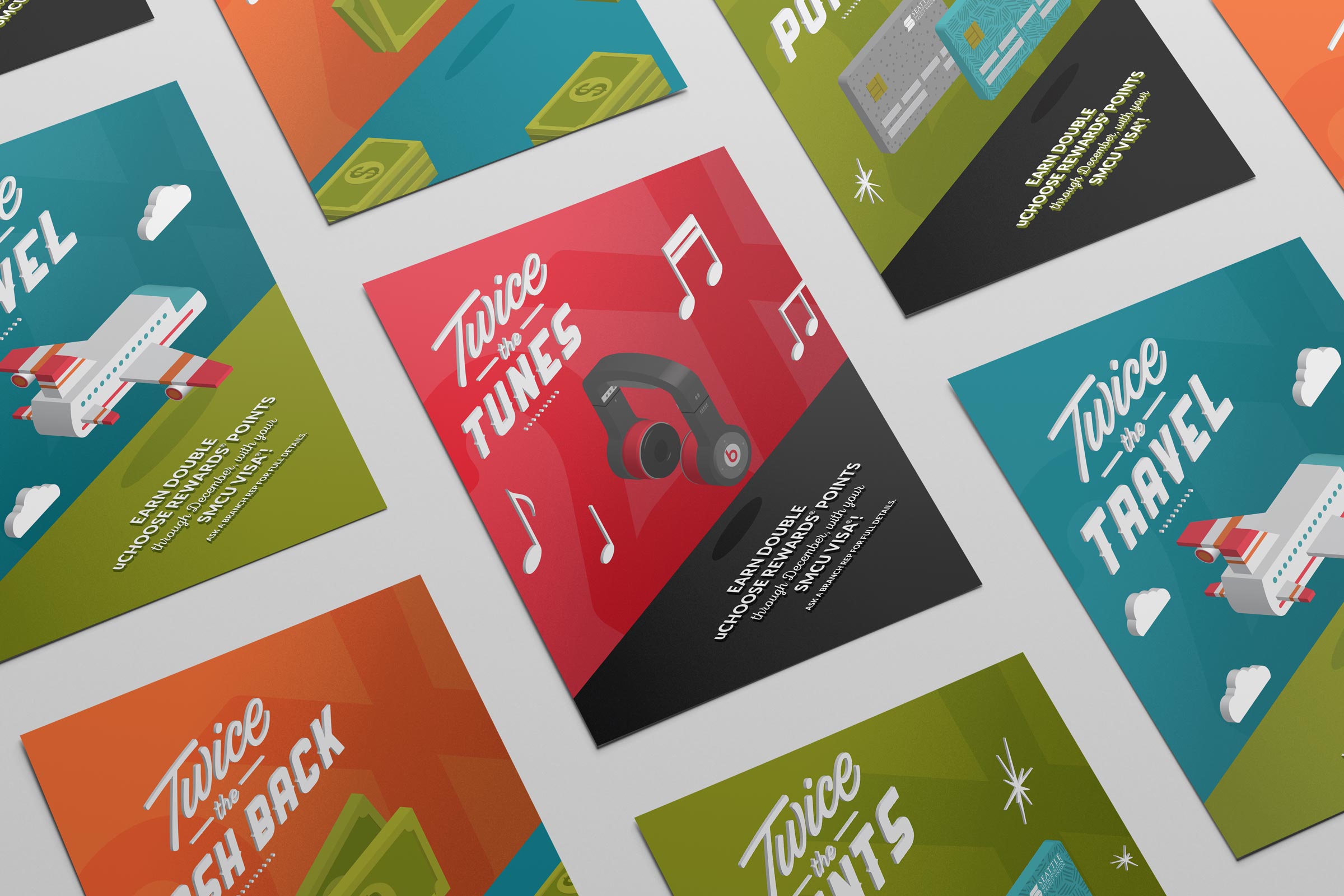